Have You Checked Your Timeline Recently?

While no one has enough time, we each have all there is. 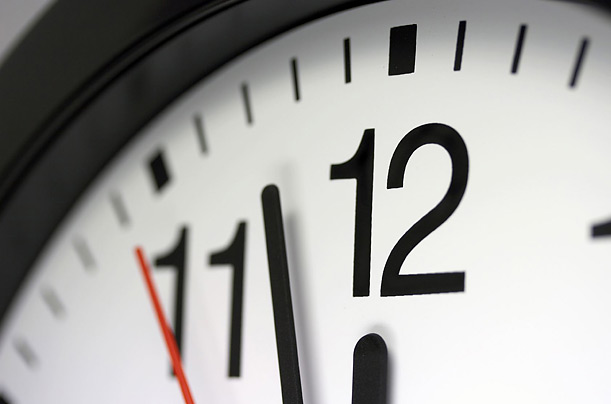 In working with business owners as they strive to get the most out of their operations while, at the same time, trying to create a degree of personal balance, I’m often confronted with the response – “but I just don’t have the time to do it all!”

In many cases this results from not having a clear understanding of their priorities. One thing that can help us focus on what's important is understanding our timeline. It goes like this…

Grab yourself a sheet of paper and draw a straight line across the page. Place a “B” at the left end of the line and a “D” at the right end. I often ask people what they think these might represent and, of course, they all say Birth and Death, although I did have one person say Breakfast and Dinner – clearly the sign of a very short-term thinker!

Dissect the line where you think you are on your personal timeline – and be positive!

Everything to the left of the break is gone, it’s in the past and, as they say, you can’t cry over spilled milk! What we want to focus on is what lies to the right of the break – the time yet to come.

A question - do you try to get between six and eight hours sleep each night? Good, but you’ll need to rule off up to a third of the rest of your life as you’ll sleep this away.

Do you believe you’re in total control of your life, and the things you do each day? It would be a brave sole who said they were. Forgetting the things that catch us by surprise (and there are plenty of those), there are all the other, more mundane activities we must attend to – in fact, research suggests some 20% of our life is spent involved in daily routine over which we have little or no control; 8% of our time is spent in the bathroom and the toilet, while we spend a further 5% of our time waiting for people – often to get out of the bathroom and the toilet!

Back to the timeline, and rule off a further one third of the rest of your life – it’s already spoken for.

So, let’s look at what’s left – that final one third of what is yet to come, into which you need to squeeze all the great things you want to achieve before eventually “falling off your twig”. This is a finite resource, we simply don’t know how finite it is.

It’s at this point I’m reminded of a story concerning a friend who attended a conference in Rome – let’s call him John. The event was held in the Vatican and, while no one expected a visit from any dignitaries, half way through the first day who should make an appearance but the Pope. When the opportunity came to speak with him John, being a little cheeky, asked “Holy Father, tell me, are there any good golf courses in Heaven?” The Pope, with a wry smile, replied “I’ll need to check and get back to you on that one”.

John returned to the conference and thought nothing more about his request. However, when he and several colleagues arrived on the second morning there was an envelope waiting for him, and it bore the Papal seal. He grinned at the others and, as they went to get coffee, he quickly opened the envelope and began reading the letter inside. As he did so, his smile disappeared as fast as the blood drained from his face. Without saying a word he dropped the letter and fled from the room.

Intrigued, John’s colleagues picked up the letter which contained only one short paragraph. It read “My son, I have some good news and some bad news. I can confirm there is a fantastic golf course in Heaven. However, I’ve seen the bookings and you’re listed to tee-off next Tuesday at 10.00am”.

How would you re-order your priorities, both personal and business, if you knew your time was coming to an end?

I suggest knowing this with such certainty would focus the mind. It would quickly clarify what’s important versus the merely urgent. It would focus both the personal and the business. Clearly John decided he had better things to do with his last few days than attend a conference!

I’m not suggesting you live each day like it’s your last – you’d have a lot of fun but you’d burn yourself out in a week! But, one day it will be your last – that’s a given. Are you waiting for a good time to start on the important stuff, or is part of each day dedicated to moving you closer to where you want to go, to being who you want to be?

As in the alphabet, between B for birth and D for death comes C for all the choices we’ve made and are yet to make. Instead of just filling your days with activities, are your choices adding real value to the time you have left?

Keep your business moving in the right direction!

Get in touch today!